There is something amazing about connecting with a community of people who share a common goal.

While the team at Freedom Strategy Group is dedicated to the mission of the organization, they are real, authentic people who care, live, and do as they say. Daniel Berckes, married to Michelle, life-long residents in Minnesota, have five children and four grandchildren.  Dan has been self-employed since age 17 when as a crop and livestock farmer he learned the work-ethic, challenges, and rewards of that first vocation.  Dan graduated from vocational tech school with an agri-business degree then successfully learned (twice) how not to survive as a farmer.

Interested in finances, Dan joined A. L. Williams and began building a business of like-minded people who believed in educating people to get the right amount of life insurance to properly protect their families in the event of death.  Becoming a registered investment representative in his twenties helped Dan learn the good and bad of market-related investments.  After nine-year’s work and attaining the Regional Vice Presidents position, Dan left the financial business and began a twelve-year seven-career process which helped him find again his true passion of helping people build financial security.

In 2004, Dan became a Wealth Strategist with a financial business where he learned to think differently.  Whole life insurance came to life for Dan after reading, Becoming your own Banker, by Nelson Nash. Hard lessons as a Registered Investment Advisor cemented Dan’s belief in the virtues of properly-structured permanent life insurance.  Dan purchased a division of the business he worked for and became president of Freedom Strategy Group in 2010.  That year Dan joined Mutual Trust Life as an independent General Agent then in 2012 he contracted with Imeriti Financial Services (now Simplicity Life).  Attaining much recognition and awards for personal and agency production, Dan became a board member of the General Agents Advisory Council to serve other agents who were contracted with Mutual Trust Life. In 2018 and 2019 Freedom Strategy Group earned the “Directors’ Achievement Award as the top PPGA in the country with Mutual Trust Life.

Today, Dan serves several hundred families throughout the country as their Wealth Strategist.  He has helped these families amass hundreds of millions of tax-sheltered dollars.  Together, his clients have their money protected and insured for a billion tax-free dollars.  The unique message of “Bringing Freedom to your Life and Money” is delivered by a six-step process called the Freedom Strategy Solution & over 150 videos teaching the Freedom Reserve System.

Dan credits many special people, authors, strategic partners, coaches and mentors for his achievements.  Dan’s friend, savior and Lord, Jesus, gets all the credit.  Dan encourages all who read this bio to live your Best life now, and to make the very Best decision you can regarding your spiritual eternal life. 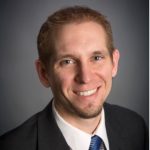 Eric Schmoll is a wealth of financial knowledge!

His background in personal & business banking, along with life, health, accident, long term care, and annuities in the insurance field, licensed mortgage loan originator experience – in bank, corresponding and broker worlds has given him a well-rounded mindset. He also has experience in property management. Right out of college, Eric began working by assisting in managing two 400+unit apartment complexes. Eric has continued to build his property management experience by owning multiple single-family investment properties, including a Short-Term Rental. He is well versed in many aspects of real estate, which is enhanced continually, while working with clients through the Freedom Reserve System.

Eric focuses on continually learning every day. From network groups, books, podcasts, radio, seminars, webinars,  presentations and mentoring, he enriches his mind with a wide variety of areas to increase his experience and knowledge which leads to wisdom.

Through his philanthropic efforts, Eric sponsors many local and national causes with volunteering time, money and resources. Donating blood to Memorial Blood Center is also on the top of his list. He volunteers his time on civic groups: Member of the St. Francis,  East Bethel, Monticello, & Big Lake Chamber of Commerce. Eric stays active in the community by attending local school board and city council meetings, planning meetings, and led the Connect 17 group that was founded as part of the East Bethel BR&E study. This study was compiled with a joint effort of the East Bethel Chamber of Commerce, the University of Minnesota and the City of East Bethel. Eric also spends his time with his daughters at their karate, basketball and volleyball practices.

Why is Eric a Wealth Strategist and owner with Freedom Strategy Group?

Because he wants to educate and inspire the willing with financial truths that will enrich their lives and the generations that follow them.

Eric helps his clients unlock a successful financial future by showing them how macroeconomics works within their personal economic model, and shows them how to stop unknowingly and unnecessarily lose money.

This amazing journey Eric is on he also shares with his wife of 15 years, Cassie, their two daughters, Ella 13 and Ava 10, as well as their dog, Scooter, a 14yr. old Bichon-Poodle mix. They have lived in East Bethel for the past nine years, and before that they lived in Cambridge for six years. Eric and Cassie are both University of Minnesota Duluth Alumni, and enjoy many trips back to visit and cheer on the Bulldogs in all their athletic events; hockey, football and volleyball to name a few! Melissa Weidner is a Client Care Specialist at Freedom Strategy Group. She joined the team in February of 2019.

Melissa has an insurance license and worked in insurance for 3.5 years prior to this. Most recently in property and casualty, and before that, supplemental insurance.  She has also worked in banking for approximately 6.5 years. With this background, it seemed like a natural fit for our team.

Melissa enjoys helping and educating people. As a Client Care Specialist, she will be working with clients to provide superior service. She is very excited and eager, and comes with a positive attitude to learn.

Melissa is married to Steve and together they have 5 children. She also has two grandson’s, Maverick and Andrew and a granddaughter, Blayke. They reside just north of Big Lake.  In her spare time she likes to work out at Farrell’s Extreme Body-shaping in Elk River, and spending time with family and friends. Melissa also enjoys entertaining, cooking and baking. 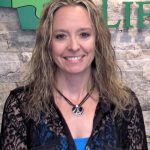 Stefani joined our team in May 2019 as our Business Office Manager at Freedom Strategy Group, and recently transitioned into the Administrative Services Associate. Stefani has been in the accounting field for over 20 years and human resources for 10 years with most of her career in the automotive industry.

Stefani is engaged to her fiancé Eric and collectively they have 3 children ages 19, 17 and 15. In their free time, Stefani and Eric enjoy going to their camper up north which is where they met 30 years ago when both their parents owned campers there. They recently purchased a home and just finished remodeling the upstairs and finishing the basement.

Entitlement mentality prevails. The "benefits" funded through the tax collecting power of our government weigh heavily on us now, but the burden placed on our children will be even heavier. Remember, our government will tax us to pay for the entitlements that are promoted by special interest groups and voted in by the masses. Did you know the top 50% of income earners pay for 97.17% of these benefits? Do you think the US citizens, who represent the bottom 50% of earners, are going to vote for less assistance? Please take a minute to consider our national debt. These astounding numbers are dangerous! Freedom Strategy Group specializes in helping our clients to reduce their personal tax risks today and in the future. We'd love to help!